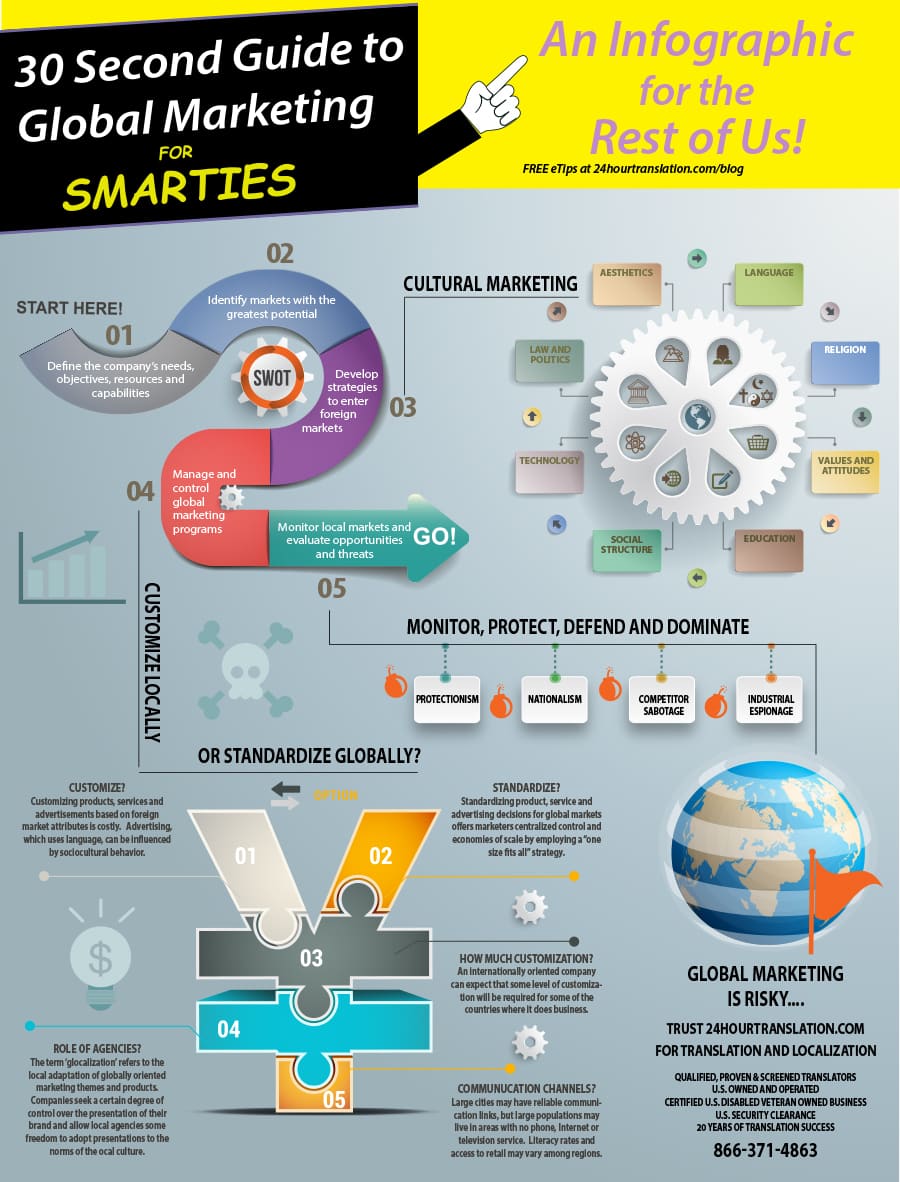 The Power of International Advertising

International advertising plays a critical role in creating brand recognition for many companies, including Apple, McDonald’s, Nike, Disney and Toyota. Although advertising isn’t solely responsible for the success of these brands, it would be difficult to imagine succeeding without advertising.  For many people throughout the world, advertising provides the sole source of information about international brands. The power of advertising and promotion, even to non-target audiences, is a critical component for conveying a brand’s values, presence, personality, status and prestige. 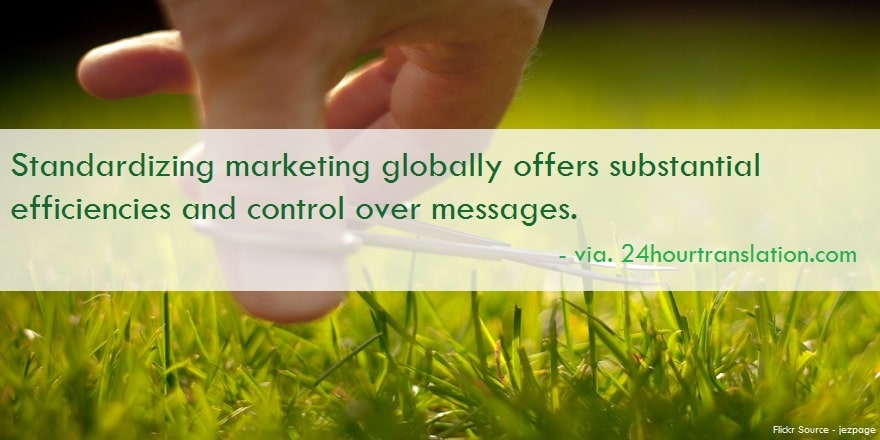 Businesses seeking to market internationally must invest in efficient and effective brand marketing initiatives that cross geographic and cultural boundaries.  This practice generally relies heavily on language translation services and involves standardizing advertising and promotional activities, which also provides companies with increased control.  For many companies, hiring a separate advertising firm for each location can be prohibitively expensive since each advertising firm will likely recommend different strategies.   By controlling and centralizing advertising, businesses can more efficiently direct the work needed of local agencies to ensure that the brand image is communicated consistently internationally.

We’ve prepared the following questions to help you identify whether cultural segmentation makes sense for your brand, what the benefits and disadvantages are, and whether a modified marketing mix and promotional mix are required. 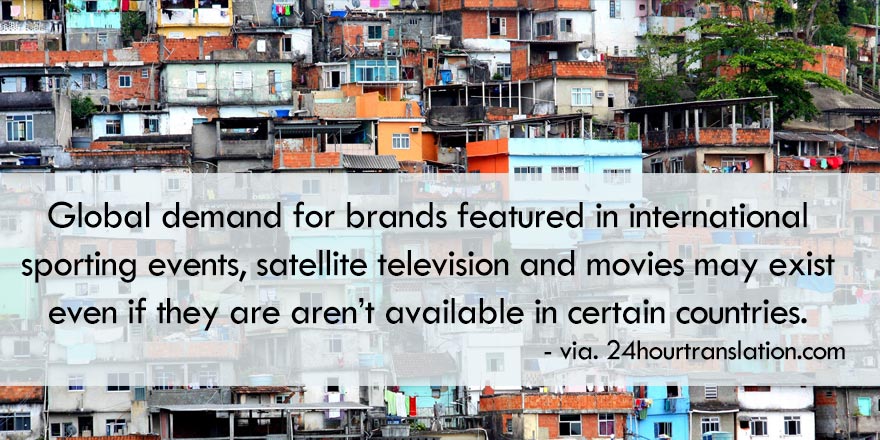 There are many reasons why companies market internationally.  Some companies outgrow their domestic markets and must enter international markets to meet the growth demands required by stockholders.  Other companies react to competitors that have entered foreign markets by entering the same markets to develop and protect their competitive position.  Ease of entry into foreign markets is also a key driver for businesses looking to expand internationally.  These businesses usually have evaluated the ease of transferring technology, the costs of manufacturing, the wealth of the country, distribution channels, logistics and infrastructure, and cultural and economic factors that, when considered as a whole, offer promising opportunities.  Marketers are also concerned about the access to and cost of available media and promotional channels.  Yet another reason attractive to marketers is exploiting widespread international knowledge of their brands and products, specifically products that have gained international exposure through international sporting events, satellite television, cinema and social media. Thus consumers throughout the world may already have awareness and demand for certain products even though the products are currently not available in their country. 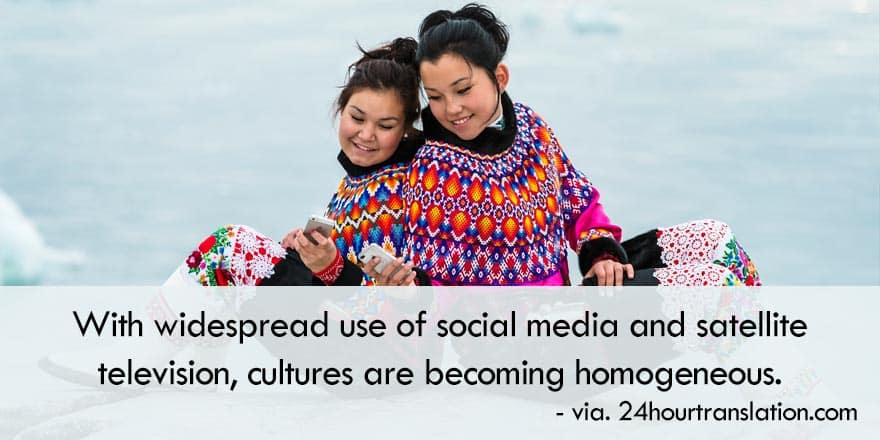 Maybe yes and maybe no.  The real question is how much and in what ways.  With the widespread acceptance and use of social media, satellite television and social media, some pundits hypothesize that cultures are converging and becoming increasingly homogeneous.  For instance, in nearly every corner of the world famous brands and demand for products such as Coke, Nike shoes and McDonald’s are common.  Some researchers suggest that this reality reflects a trend that cultures are becoming more alike.  However, we also experience cultures holding onto strong beliefs and practices.  For instance, using sexuality and nudity in advertising is more accepted in Europe than in the U.S. and it is forbidden and taboo in many of Islamic countries.  Similarly, charging interest on loans violates traditional Muslim beliefs.

[tweetthis twitter_handles=”@24hrtranslation”]Advertising is full of nonverbal signs that have unintended meanings in other cultures.[/tweetthis]

How does culture influence purchasing decisions?

Marketers should be sensitive to how verbal and nonverbal expressions and brand names can be interpreted among different cultures. American advertising is full of nonverbal signs that can have unintended meanings in other countries. For instance, the OK sign in the U.S. means “Up yours!” or “You’re an ***hole!” in some cultures. Because nationalistic sentiments and socio-economic factors vary among cultures and regions, they can influence whether a purchase is logical, impulsive or emotional.   Based on the type of buying decision, one culture may be more likely to respond to a promotional offer, another to an emotional appeal and another to either a different type of promotional offer or an informative offer that stresses features and benefits. Consequently, marketers should not assume that all consumers buy on emotion, impulse or need. Instead, cultural differences may evoke diverse expectations, emotions and responses from one culture to another. Thus in both business-to-consumer and business-to-business marketing, cultural differences may require different approaches and adjustments in marketing mix, promotional mix and even life cycle variables.

When does culture influence purchase decisions?

When exposed to the same advertisement or promotional offer, one culture may immediately respond differently from another. For instance, in response to an advertisement for a new energy drink, one culture might make a purchase, another might gather additional research and a third might ignore it completely. These reactions might result from cultures that show a great propensity for health and/or value consciousness or from cultures averse to advertising. One determining factor might include the degree to which a culture is influenced by personal beliefs in comparison to cultural beliefs. For instance, a Middle Eastern culture would be expected to draw on cultural and religious beliefs when forgoing a pork dinner in favor of a halal beef dinner.

What type of promotion is most effective for a given culture?

Marketers need to evaluate the effectiveness of their promotional offers and advertising messages to targeted foreign cultures and establish the cultural prerequisites needed to be successful.  Developing markets may lack the literacy skills to comprehend advertising and promotional messages, while other markets may be so new to western style advertising that they need additional time to absorb the message.  Marketers must also be cognizant of and alert to advertising norms that may either benefit or undermine their product.  In some markets, competitors commonly hire marketing firms to produce false and deceitful advertising to destroy the reputation of competing brands.  Restrictions may also limit the advertising and promotional channels available to marketers.  For example, Sweden prohibits television advertising targeted at children aged 12 and under.

How will the message be interpreted?

A culture interprets advertising and forms attitudes based on the social worlds it encounters.  When a single advertisement is shown to different cultures, it may be effective or it may be viewed as contrived or unoriginal and then be quickly discounted.  How the advertisement is interpreted depends on the context, the receiver and the communication codes that form the cultural expectations of the sender and receiver.

Non-verbal communication is another key element of advertising.  Because non-verbal gestures may suggest considerably different meanings from one culture to another, diverse communicative systems among cultures have important implications for international marketing.  Thus using national stereotypes in advertising can be effective or disastrous for advertisers. When stereotypes encourage positive and enduring sentiments, they can be effective.  Consequently, advertisers must employ only gestures with positive connotations so that meanings reflect well on the brand and eliminate the potential for unintended consequences.

Marketers must also ensure that only high quality translations are used in advertising and respect local dialects.  The international marketing world is awash with stories of brand names, packaging designs or ads that failed because they were interpreted to mean something inappropriate or outrageous in some regions because the planners did not think outside their own cultural frame of reference. 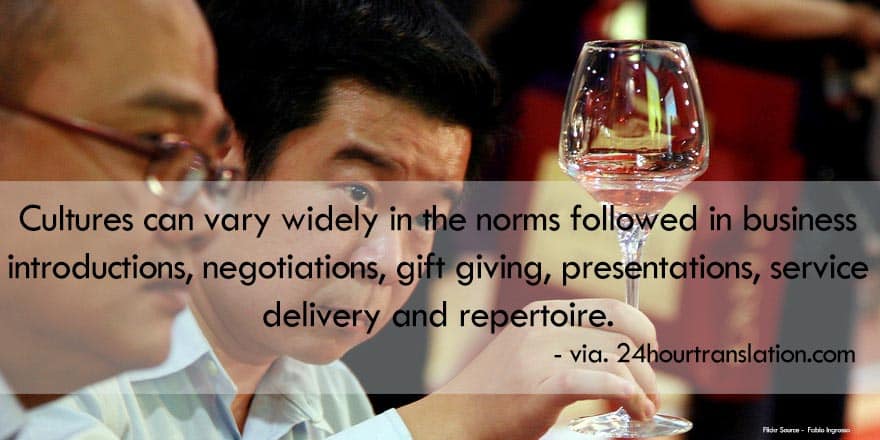 What managerial differences exist among cultures?

Cultures can vary widely in the norms followed in introductions, negotiations, gift giving, presentations, service delivery and repertoire.  Some cultures observe such strict cultural protocols that businesses must also adhere to the restrictions, limitations and resistance to outside companies. For instance, attaining rights to import products and gaining market acceptance for non-domestic brands can be highly challenging or even impossible in certain countries.  This is often the case when cultures have a strongly held belief in building mutually advantageous business relationships cautiously and gradually over extended time periods.  Thus, foreign cultures may not be accustomed to or comfortable with offering the instant rapport that Western businesses often expect.

Multiple languages and dialects of foreign cultures create an obvious obstacle for international business.  When nuances in communication and business customs can be understood only by natives, communicating and conducting business is challenging for those who lack deep knowledge of local culture, language and business practices.  Adding to communication challenges are regulatory and cultural boundaries that must be carefully considered and never overstepped.

Standardizing marketing globally offers substantial efficiencies and control over messages.  In many cases, companies can retain the services of an experienced translation company and a local advertising firm that will be tasked with making minimal culturally-specific changes.  This charge generally involves translating advertisements into the local dialect and ensuring the advertisement is consistent with local customs and practices.  This process of adapting content to local realities is sometimes referred to as glocalization.