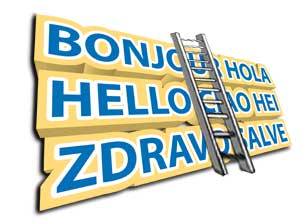 Even when a company selects an official language, this decision doesn’t mean that all communication must be in that language.  Obviously, if the official language of a company is Spanish, the company will try to communicate with their Chinese customers in Chinese.   Usually the official language is likely to define the types of materials disseminated from the corporate offices, such as annual reports, press releases, and memos from the CEO.  Internationally operating companies frequently translate these types of business-related communication into two or more languages, based on their primary global markets.

When official documents require translation for legal or other official purposes, it is wise to have these documents translated by people who are native speakers of the target language.  Further, if the documents to be translated are meant to be publicized through media sources, the documents should be translated by someone who is familiar with the local media usage, customers and language.  By using translators who are native speakers of the local language and fluent in the local customs, the company can prevent needed, perhaps costly, revisions and ensure that their messages are communicated correctly and efficiently. 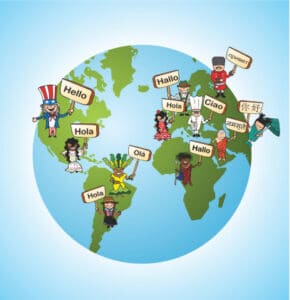 Sometimes when communications departments lack funding for employing necessary global communication professionals, they identify employees at the local or regional level in countries where business is conducted.  Generally, these employees have primary roles in marketing, human resources or investor relations.  Such networks can serve as effective sounding boards and may also be used to translate small documents, review translations and source printers.   However, since these people, who have a different primary role in the company, aren’t professional translators, they generally aren’t the best option for translating sensitive and multi-page documents.  Large documents are better left to professional translators.  However, departmental employees can still be very useful to consult prior to launching global campaigns or releasing other official announcements.  Generally, however, companies will arrange a teleconference to get everyone’s buy-in if the cost of face-to-face meetings is prohibitive.