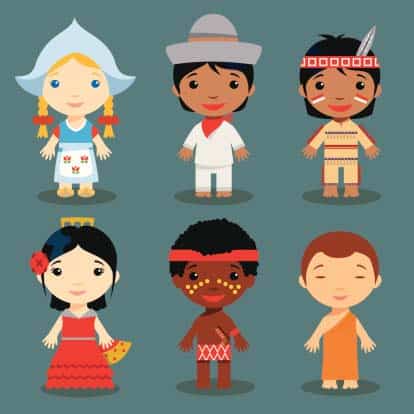 Accumulation of behaviors, beliefs, values and other information passed along from one generation to the next creates a distinct, identifiable culture.  This culture pervades nearly every facet of life, including interaction with others, the type of foods eaten, the legal system governing civil and social interactions, the symbolism and celebrations that define personal, religious and other group practices and rituals, and the teaching and learning characteristics of education.  Culture also encompasses core values and behaviors that exist in a society.

Since culture permeates so much of our daily lives, it makes sense that consumer behavior is influenced by culture.  Successful international marketers must understand the differences in cultures and the methods they should employ to influence product mix decisions and consumer demand.  International marketers who go to market blind to cultural differences may fail miserably.

Subcultures are groups of people within a culture who share similar beliefs, values, buying preferences and buying habits.  A subculture can be based on regional, racial, religious or some other characteristics.  For example, the U.S. has many subcultures, such as vegetarians, blue collar and white collar workers, and Asian, Arabic, black and white Americans.  Members of subcultures have specific characteristics and beliefs that give them unique preferences for specific diets, clothes, products and services.

Members of subcultures tend to respond differently to advertising.  People who belong to one or more subcultures may have stronger affinities to one subculture than to another.   Therefore, they may have feelings and beliefs stronger or weaker to specific values than other members of the same subculture.

Racial subcultures can be small, large, increasing or decreasing in size.  They may speak another language other than English.  Some members of subcultures may require language translation services, while others will speak English fluently.  In the U.S., the number of people belonging to an ethnic or racial subculture is growing.  In less than 30 years, the percentage of people belonging to a racial or ethnic profile is expected to comprise half of the U.S. population, with Hispanics, Africans and Asians leading the numbers.  Today, more than half of the children under 5 years of age belong to a minority subculture.  The increasing size of minority subcultures offers new challenges and opportunities for marketers.  With the differing needs and desires of subcultures, marketers realize that they must adapt and find ways to target these important subcultures.