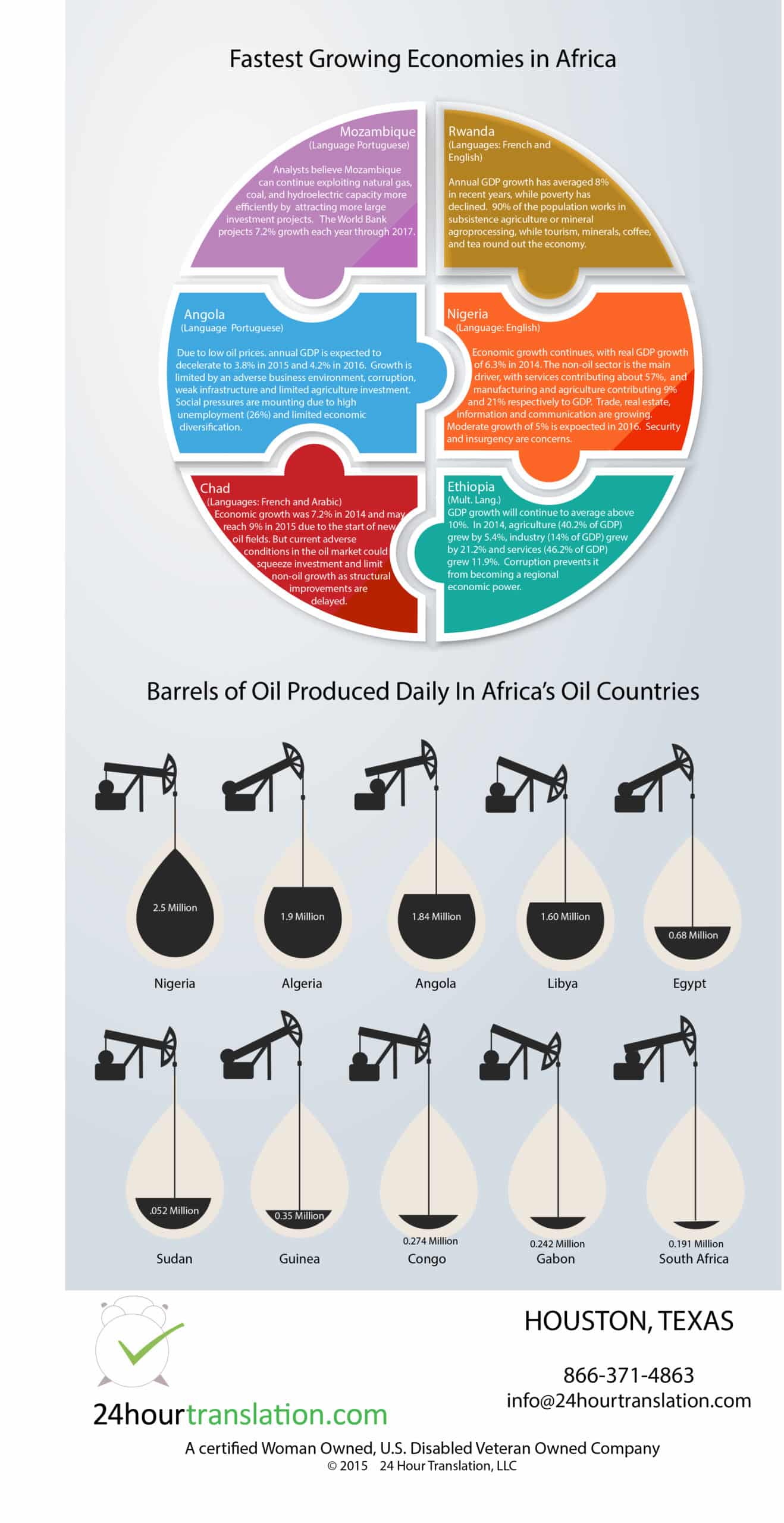 To the surprise of many economists and historians, Africa has experienced significant economic growth over the past 20 years.  Owing to the continent’s abundant resources that include oil, natural gas, uranium, diamonds and fertile farming land, the continent has experienced substantial foreign investment.  Today 6 of the 10 fastest growing economies are in Africa: Mozambique, Rwanda, Angola, Nigeria, Chad, and Ethiopia.

The Gulf Co-operation Council (GCC), a political and economic alliance of Saudi Arabia, Kuwait, the United Arab Emirates, Qatar, Bahrain, and Oman, is engaged in a number of partnerships in Africa, with projected investments of up to $5bn annually.  China is also investing in large construction projects in Africa.  However, many investors see Africa as a continent with a mixed outlook, particularly in non-oil economies and non-commodity economies that are struggling with slow growth and weakening currencies.   Government decision making can be extremely slow, which causes projects to exceed cost estimates and completion dates.  Often language differences create obstacles when qualified French or Portuguese translators aren’t available.  The quality of materials and labor also varies substantially from region to region.

A key to Africa’s future development rests on its ability to greatly improve its roads, increase the number of energy plants, improve the reliability of energy delivery and make other needed infrastructure improvements.  While the number of infrastructure projects has declined year over year, the total value of projects has increased.  In addition, almost 65 percent of all new energy projects are renewable energy projects.

Other factors that deter economic investment are risk of political turmoil, economic instability and currency volatility.  These are the risks that the Gulf Co-operation Council must weigh as it assesses investment opportunities and as Dubai seeks to become the lending center of Africa’s economic growth.  At present, investors are concerned about political struggles, the Ebola crisis, government corruption and the downward spiral in oil revenues.  For instance, oil exports account for nearly 66 percent of Angola’s government revenues.  After months of downward spiraling oil prices and the economic slowdown in China, Angola’s gross domestic economy grew only 4.5 percent in 2014 and only 3.8 percent in 2015.  A continued slowdown may threaten government expenditures of necessary infrastructure projects.