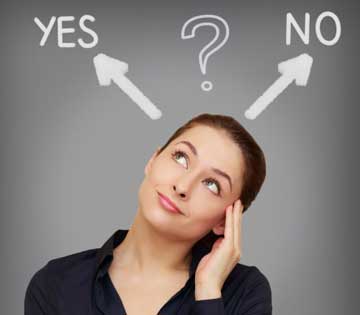 Understanding how people make decisions in business can be difficult.  What’s important for professional translators and interpreters to know is that people make decisions differently for a number of reasons.  It’s particularly important to understand others’ decision-making rationale when trying to interpret the motives of people from other cultures, particularly those from Eastern Asia.

Consider how differently people perceive events. For instance, imagine that one of your team members arrived to work late this morning and missed a critical meeting that had been planned for a week.  Most people would form a negative opinion about the team member.  You might judge him to be lazy or think he was interviewing for another job or that he has an alcohol problem and was out drinking the night before. Generally speaking, people in the western world are inclined to attribute the actions of others to internal factors, such as being lazy, unmotivated or having another bad trait.

Now contrast how you might judge yourself if you were the one who had missed the meeting. As a westerner, if you missed the meeting, you would be inclined to blame your own shortcomings on external attributes, such as having a sick child to tend, being caught in traffic, getting a flat tire or being deterred by some other unavoidable event that prevented you from making the meeting.  Whatever the case, your shortcomings would result from conditions beyond your control. As an interesting aside, westerners are also more inclined to attribute their successes to internal factors, such as their own skill or expertise. 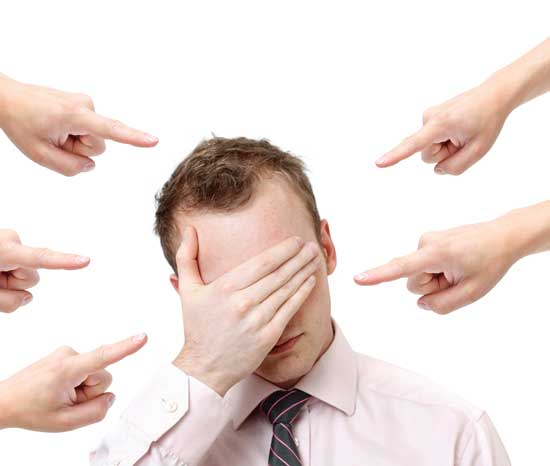 Not only are there differences in how people judge one another, but also whom they deem responsible.  For instance, when a business creates a disaster or is caught making unethical decisions, the public, the company’s workers and other stakeholders look to place blame.  But the object of blame can differ among cultures.    In western countries, a specific person who is most responsible will be viewed as the one responsible.  However, East Asian countries are more likely to blame the entire company.  As an example, Enron, an American energy company, was accused of unethical accounting practices that hid billions in debt while making the company appear extremely profitable.   Eventually, the losses caught up with Enron, which led to largest bankruptcy reorganization in American history at that time.  Consequently, many stockholders lost their life savings.  American newspapers published articles naming Kenneth Lay, CEO and chairman of Enron, and Jeffrey Skilling, CEO and managing director of Enron Capital & Trade Resources, as the guilty persons.

When similar events take place in Japan, China and Korea, newspapers are more prone to mention the company, rather than a specific individual.  Consequently, when similar scandals take place, the president of an East Asian company is more likely to assume full responsibility, regardless of his level of involvement in causing the scandal.  In western companies, business leaders do their best to avoid blame.

These examples suggest that East Asian cultures see groups as entities and western cultures may be more prone see individuals acting for their own self-interests.  Consequently, an apology made by a CEO of a company is viewed by East Asians as the company taking responsibility.  In western countries, an apology by a CEO is seen as an admission of guilt.

7 thoughts on “Does Culture Influence Decisions?”