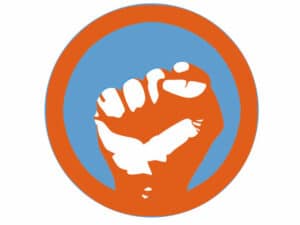 Significant Ideological Shifts in the Past

In the 70’s many countries around the globe underwent a cultural revolution. After major important shifts in universal political ideology, capitalism and democracy emerged as the most effective systems for running a country. As individual countries recognized their significance in the world order, they felt the need to get rid of old ideologies to accommodate new ones.

For instance, black power, feminism and opposition to the Vietnam War had their effects on the political trends in America. In Europe, the Paris riots marked a broad cultural and political shift. The Soviet Union and the United States were also in the process of defining their own spheres of power. During this process, translation agencies played a significant role in bridging communication gaps between nations that were trying to overcome their political differences. The era was marked by China’s reconciliation with the United States on many fronts.

A Step towards Modernization

Today our world is experiencing a new cultural revolution, quite different in nature from the cultural revolution of the 60’s and 70’s. Countries like Afghanistan and Pakistan are fighting against oppression and tyranny, which is a step to gain future prosperity, justice and freedom. They are reinventing their political and cultural ideologies in an endeavor to claim a rightful place in the world.

Here again, countries like the United States have played their role in shaping a moderate cultural and political perspective in such countries. Common misconceptions of people faded, which paved the way for an open intercultural dialogue. This cultural and political shift in Afghanistan and Pakistan towards modernity has taken years and has cost many lives. This change could never have been possible without interpreters and translators who bridged the communication gaps between the East and West.

After a great many years of political chaos, many Muslim countries are now on their way to stability and enlightenment. Many more years may be necessary for political and governmental conditions to normalize in the Arab world. However, after a decade of military rule, which ended in 2008, Pakistan went through a smooth democratic transition of government last year after the general elections. But the country is still battling terrorists and their extremist ideology, and Pakistanis are still trying to establish a balance between their own religious precepts and the liberalism of the West.

In a similar manner, in Afghanistan, the people are expecting some good from the upcoming general elections and vow to participate in it. However, serious threats of suicide attacks and voter intimidation persist, with no expectation of soon ending.

What the Muslim World Needs

Today the Muslim world needs an enlightened approach to religion. Muslims need to communicate their own ideology to the West and, in turn, they also need to respect Western approaches to religious faith and practice. Such an openness will ensure an economic stability in this region, which will, in turn, alleviate extremism and oppression.

Many misconceptions still exist between the Western and the Muslim worlds. An interaction between the governments is not sufficient to bridge this communication gap, but it is an important step. Intercultural dialogues, expos, cultural shows and free access to each other’s literature can reduce the misconceptions which the public at large has on both sides. Such initiatives can open new avenues for Western businessmen, bring prosperity to the Muslim world and strengthen the respective economies.

Professional interpreters and certified translators are needed during such intercultural events, but supplying them can be difficult. Only reputed translation companies with a history of having translated effectively for intercultural events, international seminars and conferences can be trusted. Such a background enhances international understanding; failing to have it can prove disastrous on multiple levels.

Tagged on: cultural revolution, Pakistan
By Sarah Detlef | May 20, 2014 | Blog, Culture and Society | No Comments |