Over the past decade, the world has shrunken to previously unimagined proportions. For example, products and services that were once popular in only one country now are embraced throughout the world.  As more businesses and nations make international agreements, as more students study and travel abroad, and as more of the world connects to the Internet, cultures will become more alike in their wants and practices.

When communicating internationally, you are expected to know enough about the people of the culture you operate in to avoid critical mistakes, public embarrassment, diplomatic crises or, at a minimum, uncomfortable moments. Such practices as crossing one’s legs, shaking hands, looking directly in the eyes of the person you’re talking with, or standing close to someone may outrage social norms, insult another, or appear seductive. 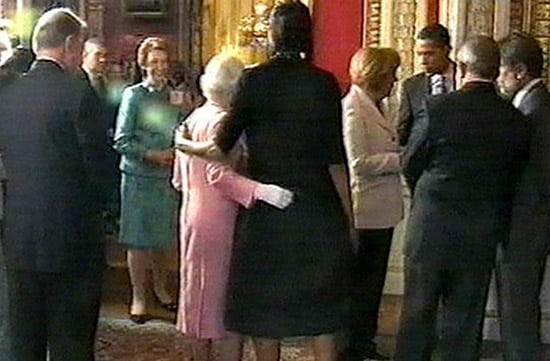 During a visit to the United Kingdom in 2009, Michelle Obama attempted to hug the queen of England.  This act violated one of many courtesies that one is expected to show the queen.  These include not picking up food before she does, not extending a hand before she extends hers and never attempting to hug or kiss. Michelle Obama’s hug, a breach of protocol that may be the first of its kind in over six decades, caused a stir in England.

Different cultures have different rules that influence behavior and interpretation of behavior of others.  In a multicultural workplace, sometimes nonverbal messages can be interpreted negatively, even when they are meant to convey a positive message.  A few common examples of negative non-verbal messages include sneers, mocking or sarcastic smiles, raised eyebrows, disregarding shrugs, or other arrogant facial expressions. When people lie, they often communicate non-verbal, unintended clues, including eye movement, smiling, and nervous touching of the face, ears and nose.   When misinterpreted, non-verbal communication is disastrous in the workplace.

The way people communicate and interpret non-verbal communication is important in international business.  Imagine meeting with a group of people from different cultures who speak different languages.  An interpreter in the room interprets the back and forth communication.  As you listen and respond to the interpreter, you look at the faces and body movements of the foreign workers and see few common reactions.  For example, the Japanese are seldom voice their thoughts because they don’t want to upset others.  Arabs, in contrast, appear loud, agitated and confrontational.  Consequently, you focus intently on reading body language and vocal characteristics such as changes in pitch intensity, volume, and articulation. But without knowing the language or the culture, you are unsure if you are reading their communication correctly.  In the process, you may send unintentional non-verbal communication yourself.

Example: You’ve traveled to Japan to make a multi-million dollar sales proposal.  You bring the best Japanese translator and interpreter you can find, and the clients appear content with the information and pricing you have provided,  and they nod in agreement.  You leave thinking that you will have a contract waiting for you on your return. After several weeks go by and you still haven’t received a signed proposal or heard from the client, you begin to wonder what has happened to jeopardize the opportunity.  When you discuss the meeting with the interpreter,  she informs you that during the meeting you behaved  very unprofessionally by crossing your leg over your knee.