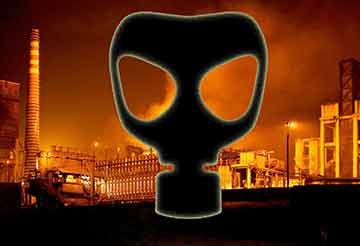 The degree of environmental damage and destruction in China is well researched and documented.  More than half of the water supplies gathered from rivers is unsafe to drink due to toxins in manufacturing runoff and natural resource extraction.  Reliance on coal and deforestation have also made China the largest producer of greenhouse gas emissions.  Nearly 1 million people in China die annually from complication stemming directly from pollution.  Two Chinese cities top the world’s top-five polluted cities in the world and the toxic smog it generates has closed schools in Japan and South Korea, while its Sulphur pollution has reached the United States. 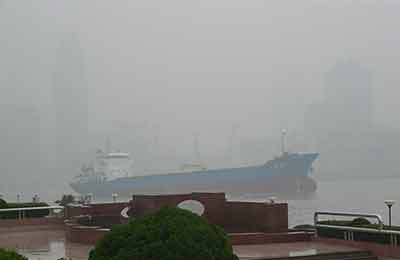 China is often attacked in international media for promoting policies that place importance on economic expansion at the cost of the world environment, while resisting the enforcement of environmental and natural resource protection policies.  However, China is increasingly making policy changes to improve the environment and reduce pollution and natural resource destruction.  For instance, China has initiated a five-year plan that sets aggressive goals for energy conservation and emissions reductions.  Further, China has installed new environmental policies that educate the public and strengthen regulatory agencies.  Efforts to improve public education included the 2008 Green Olympics and 2010 Green Expo.  Both events were used exhibition discourses and practices to promote environmental protection on a global scale.

The expo also featured super capacitor trolleys, hydrogen fuel cell automobiles and buses.  Across the city, attendees were invited to rows of bicycles that they could use for free to take an environmentally friendly day trip.  Among the most common themes was that technological innovation is the clear answer to ecological progress.  While highlighting the need for technological innovation, the expo also suggest a model environmentally aware citizen.  It was clear that the expos sought to target an educated citizenry that had the capacity to understand the expo’s message and purchase the green products that the displays promoted as necessary to save the environment.

Organizers communicated with the environmentally conscious person using elite cultural knowledge and esoteric literary references whose Chinese meaning could only be translated by those with higher education.  Many exhibitions included arcane calligraphic styles and references to the poetry of ancient philosophers.  For example, in one area of the expo, the exhibition area concluded in a film that mixed Shanghai’s transformation with Zhuangzi’s vision of becoming a butterfly.